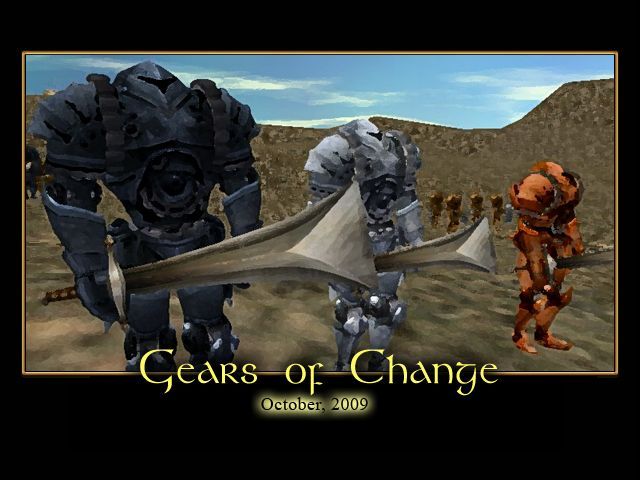 This month, the mysterious Gear Knights returned in force to Dereth. Originally encountered by the Empyreans before the Olthoi Invasion, this race of mechanical beings reopened their portals to Dereth, seeking lost compatriots and vengeance against those who endangered them.

On November 2nd, 2009 special live events took place as Asheron discovered that the portals of Dereth became unstable after being open for 10 years, causing portals from the past to open in the present. Creatures from the past 10 years began appearing all over Dereth requiring player champions to fight alongside Asheron, Elysa Strathelar, Borelean Strathelar, and others to contain the “invasion” from the past.