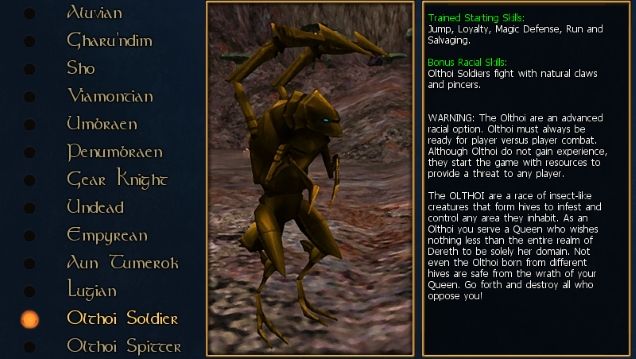 With the latest release of the popular Asheron's Call emulator ACE, players can now dive back in to PvP with playable Olthoi! First introduced in the 11th anniversary game update in November 2010, the Olthoi Play system was designed to allow players to jump right into the higher level Player vs. Player action without the need to level a character or acquire gear. As a tradeoff, Olthoi gameplay is highly restricted and does not offer much character progression.

To play, you'll need to find an active ACE server that's updated to the latest emulator version to create your Olthoi character.