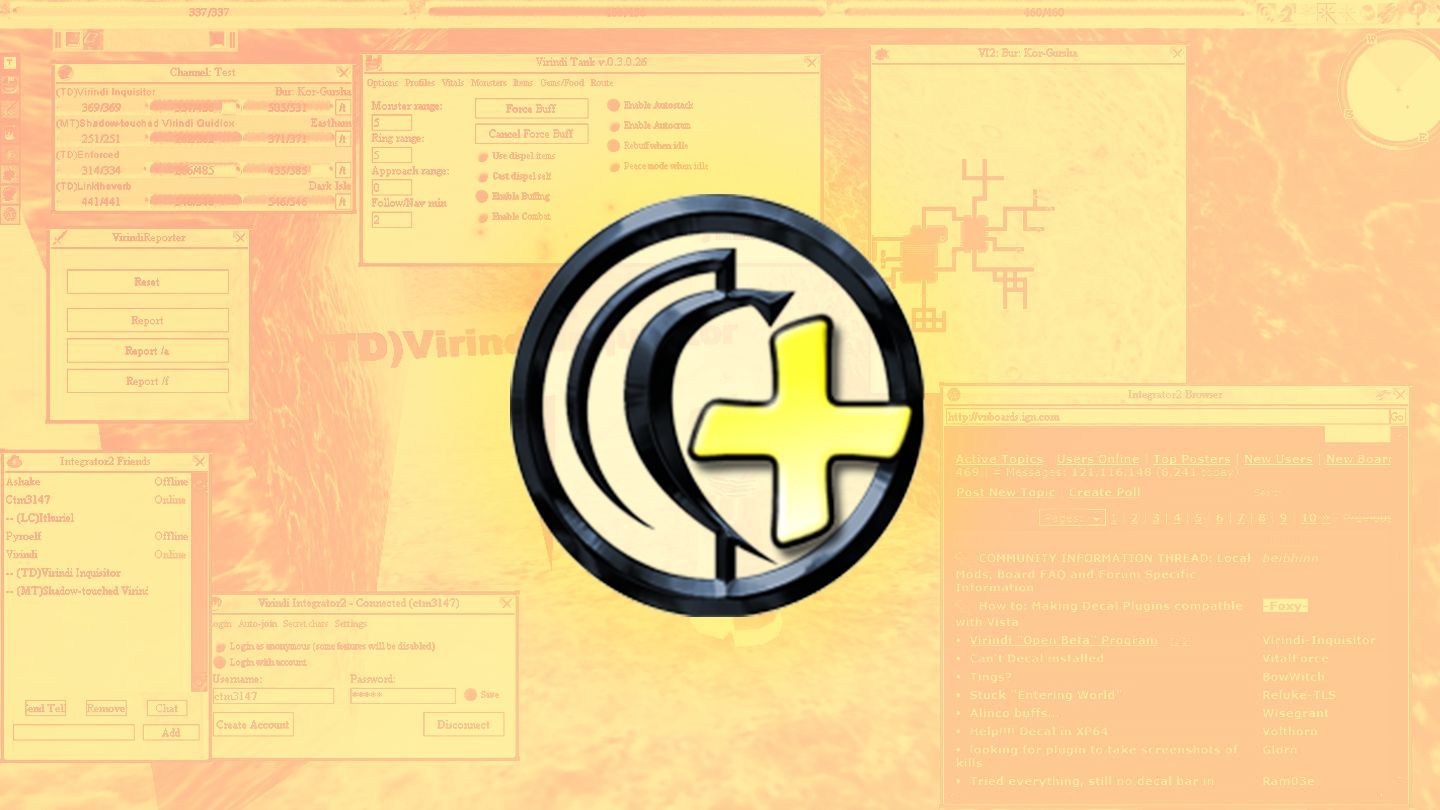 For the first time in eight years a new public beta version is available for Decal, the Asheron's Call plugin environment. Version 2.9.8.0 brings the following changes, updates, and fixes:

Many plugins still need to be tested against the new beta version, so it's not currently recommended for players to upgrade just yet. Given that many Decal plugins also haven't seen active updates in many years, it's very likely that your favorite plugins will not work out of the box. It's recommended that you install the beta in a separate environment from where you normally play Asheron's Call to investigate any compatibility issues before proceeding.

The longevity of the last stable release, version 2.9.7.5 in July 2013, is a testament to the dedication of the Decal developer team in providing a rock solid companion resource for the AC player community. Decal was first released in 2001 and has served as an essential tool for AC players through the end of retail and on into the post-retail era. Decal has enabled third party developers to drastically extend functionality beyond what's possible in the game client, allowing the community to continue to enhance the gameplay experience and improve player quality of life without support from the original game developers. Over a hundred plugins have been created over the years, such as the infamous Lifetank, the Virindi Bundle, TreeStats, and more. More than twenty years after Decal's original release, there continues to be a small but thriving community of Decal plugin developers.

Check out the new beta on the Decal homepage.